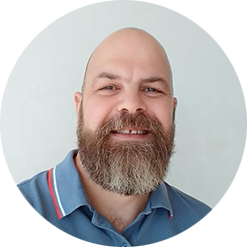 Rastko Vukicevic, founder of FEGOS, has over 20 years of experience as a production manager for processing and distribution of TV programs while working at Prava & Prevodi, which is the largest company in the Balkans processing well over 70,000 hours of programs.

While employed at Prava & Prevodi, an affiliate office of P R. Permissions & Rights Ltd., Rastko was responsible for the promotion and endorsement of television business and the translation, subtitling and the publicity of licensed programs. Prava & Prevodi scope of activity in the television business focused on countries in former Yugoslavia – Serbia, Bosnia and Hercegovina, Croatia, Slovenia and Montenegro.

In co-operation with RTV Pink, Prava & Prevodi has created several cable channels, including Super Kids TV and Decija TV, whose programs delivery was managed by Rastko.